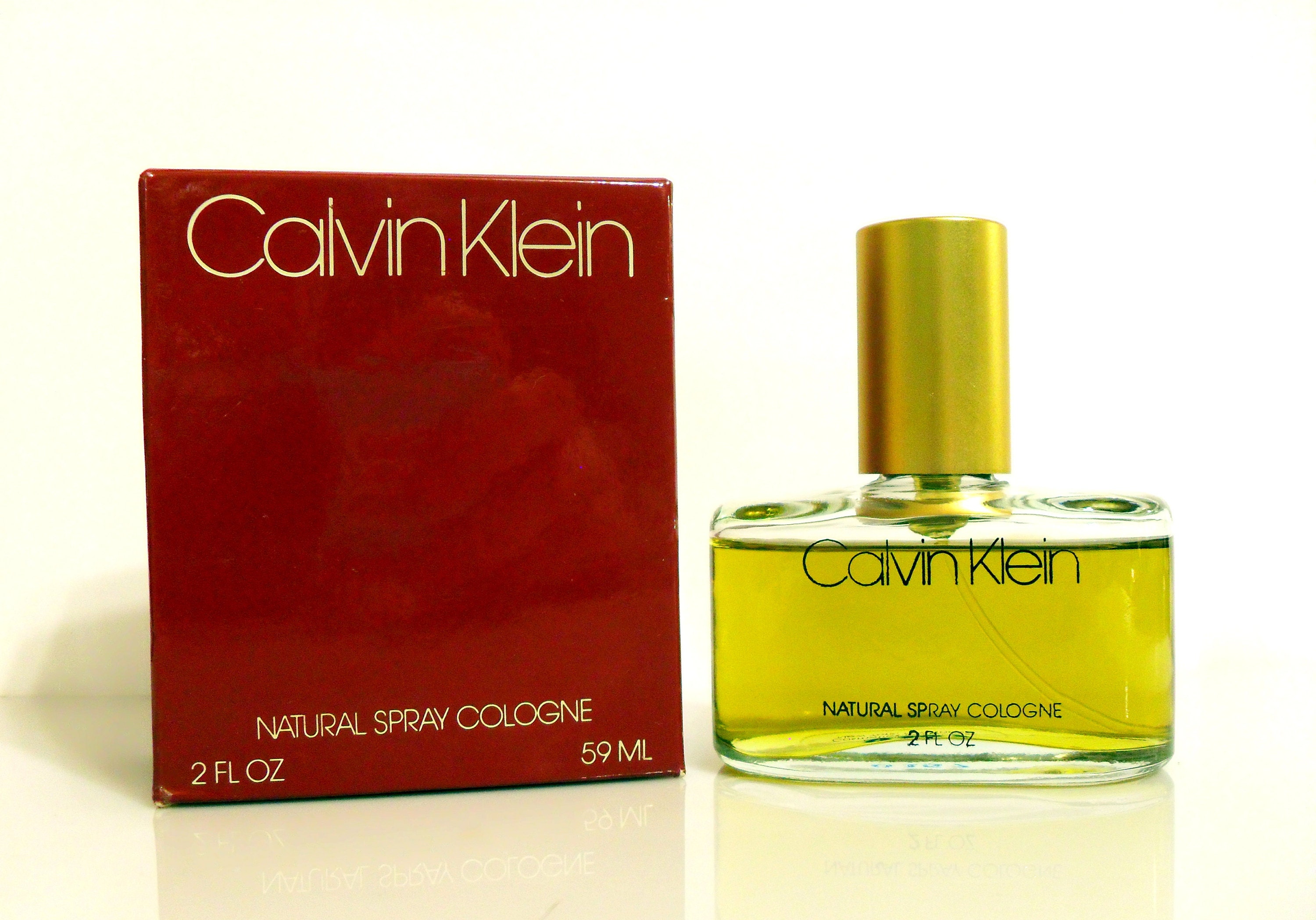 Calvin Klein by Calvin Klein: launched in 1978 along with a complete makeup and skincare collection. This is also known as Calvin Klein (red) by collectors.

It is classified as a fresh green fragrance for women. It was described as "lightweight and rosy". It starts off with a green aldehydic top, followed by an elegant floral heart, layered over a powdery, feminine base.

Soon the company was eager to join the designer fragrance world and the first decision had to be made was the selection of the scent. At first, the designer had considered licensing his name to a major cosmetics company such as Revlon, who offered him a big deal in 1975. Revlon assigned one of its top executives, Stanley Kohlenberg, to convince Klein to license his name to Revlon. Klein listened politely to the proposal, and realized he would have virtually no control over the product. Klein wanted to control every aspect of the product while Schwartz wanted all of the profits. So in order to compromise, they decided to open their own company, Calvin Klein Cosmetics, and hired Kohlenberg, who was then an executive vice-president of Revlon, who left the company to work for Calvin Klein in 1977, to run the cosmetics division.

To find out what perfumes Calvin Klein preferred, Kohlenberg stated that he “bought every fragrance in the United States, masked them, and sprayed him with three a day. he hated everything except for musk.” So armed with this knowledge, Kohlenberg asked International Flavors and Fragrances , the famous company known as IFF who specialized in making perfumes, to develop the Calvin Klein signature scent. Kohlenberg reasoned that because Klein was so new to the fragrance world, going with an established fragrance house was the safer way to go. Klein assembled a group of employees and outside colleagues to test it out, including Baron de Gunzburg and an early fan of Klein’s, Carrie Donovan from The New York Times. It is reported that when the baron wrinkled his nose after smelling the sample, Klein dismissed the scent and the rest of the Calvin Klein advisers had rejected it.

Not deterred, an aide for Calvin Klein, Frances Stein, had found a fragrance in a small custom parfumerie in Paris that Klein actually liked, but it would be very expensive to recreate. Calvin Klein went with his gut reaction, and ordered Kohlenberg to copy the floral scented perfume that he and Stein preferred, and IFF got Kohlenberg’s permission to offer the rejected perfume to competitor Ralph Lauren who was interested in launching his own signature scent for women that year.

In the meantime, both designers Lauren and Klein were negotiating with several department stores that wanted to be the first to introduce their lines. Bloomingdale’s had set a date in early 1978 for Lauren and offered to launch the Calvin Klein fragrance a week later in February.

Kohlenberg reminisces “Calvin couldn’t break after Ralph, so we went to Saks who relied on a sexy advertising campaign, distinctly different than the theme that Ralph Lauren was using at Bloomingdale's. The Calvin Klein perfume retailed for $85 an ounce and a quarter ounce was set at $25.

A week later Barry called me screaming - his usual tone of voice.” with the news that Lauren’s fragrance was outselling Klein’s. Kohlenberg asked Schwartz if he had a chance to smell Lauren’s competing fragrance, “Have you smelled it?” Just five minutes later, Schwartz called back, screaming even more “This is OUR fragrance!” Kohlenberg reminded Schwartz “We turned it down.” This fragrance turned out to be the Ralph Lauren megahit, Lauren for women.

The first Calvin Klein perfume was an unexpected flop and was Klein’s first business failure. By November 1979, the shrewd businessman Schwartz abruptly ordered Kohlenberg to close the cosmetics company, fire the staff and cancel the airplane tickets of salesmen who were on the road. It is estimated that Klein and Schwartz lost about $4 million in their first fragrance venture. Klein goes on to say that “It didn’t work because I did it with my own company and I didn’t know what I was doing, I lost a lot of money.”

The owner of Minnetonka Industries, Robert Taylor, had approached Klein and wanted to buy the Calvin Klein Cosmetics label. After a series of difficult negotiations, a deal was finally reached in 1980. Minnetonka would have permission to use the Calvin Klein name to sell a new and improved line of fragrance and cosmetics that they would manufacture. Calvin Klein, a licensor, would retain control over the product and its branding and collect a significant royalty.