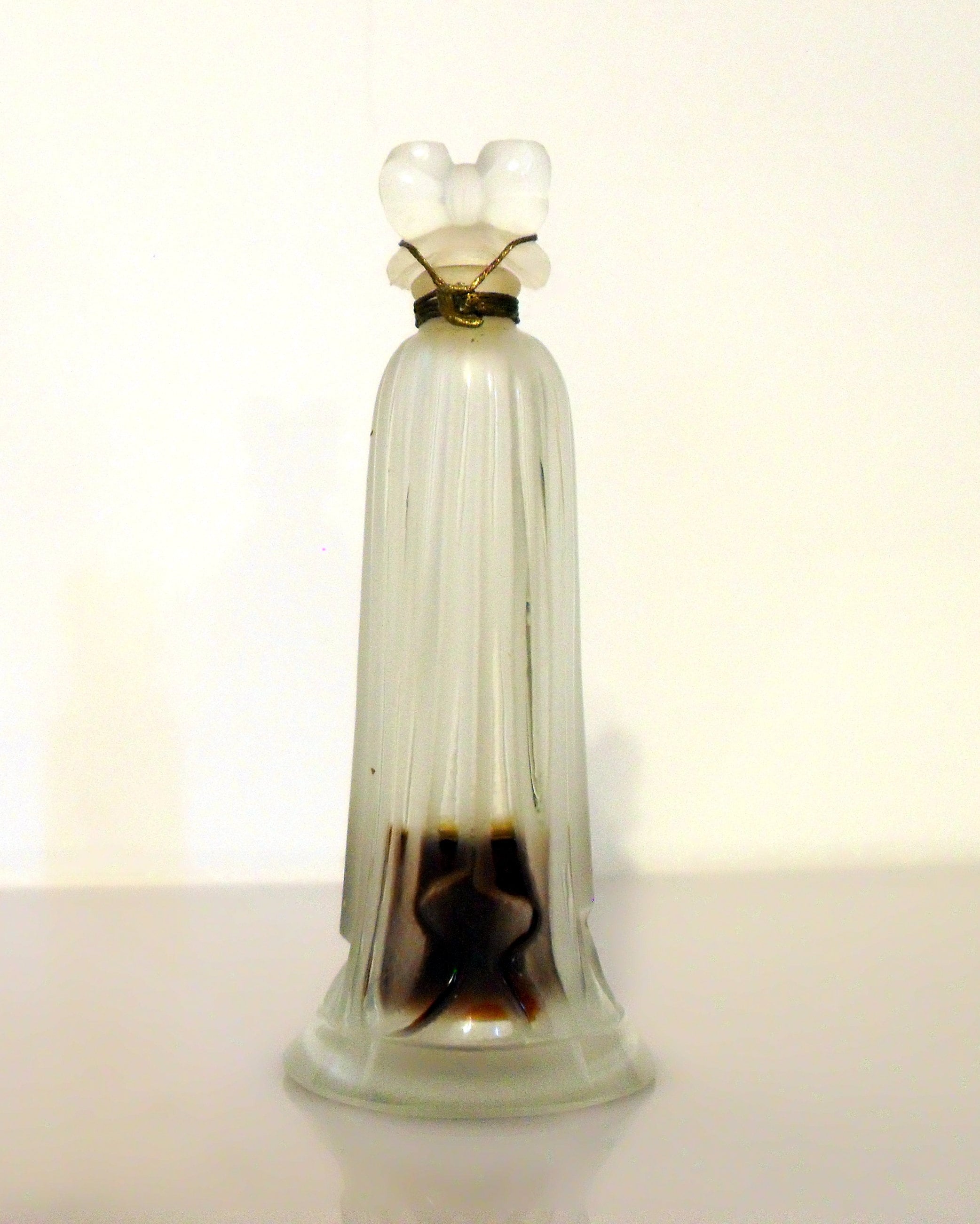 Indiscret by Lucien Lelong: launched in 1936. Pronounced as "AN-DEES-KRAY", in French it means "heedless, indiscreet."

Indiscret was introduced by Lelong in 1936, and for almost the entire production run, the name was spelled without a letter "e" on the end.  But for a few years, the name was spelled "Indiscrete." I have seen vintage magazine advertisements that use this relatively rare spelling, and they are dated between the early to mid-1940s, so I suppose that roughly corresponds to the years that this spelling variation was used by the company.

The vintage version was classified as a crisp, green chypre fragrance with floral and spicy notes over ambergris.

Most unusual is the frosted glass bottle for Indiscret, inspired by a dropped handkerchief created by Verrières Brosse.

The original formua of Indiscret was still sold in 1959. Indiscret was discontinued for many years but was reformulated and relaunched in 1997. The bottle retains the original's design but was given an updated look by Marc Rosen.

The 1997 version is classified as a complex fruity-floral fragrance for women.